As much as we like to see ourselves as the architects of our own destinies, we can’t deny how much chance plays a huge role in determining our future. No one knows this better than Karl Otto. If you’ve stopped by our office, you’ve seen some of his work hanging on our wall. It exists thanks to the chance encounters Karl has had which helped him discover his aptitude for and interest in geometric designs.

Currently, Karl’s primary focus as a tattoo artist is black work, heavy layers of black ink used to create geometric and ornamental designs. While this style makes up the majority of his work, this wasn’t always the case. Seven years prior, he had been primarily doing American traditional tattoos; simple bold tattoos with small color palettes. By chance, he was approached by a friend and fellow tattoo artist with a request to do a tattoo of a mandala. Karl had never received such a request and had to learn how to design one. This one tattoo would change everything for Karl. 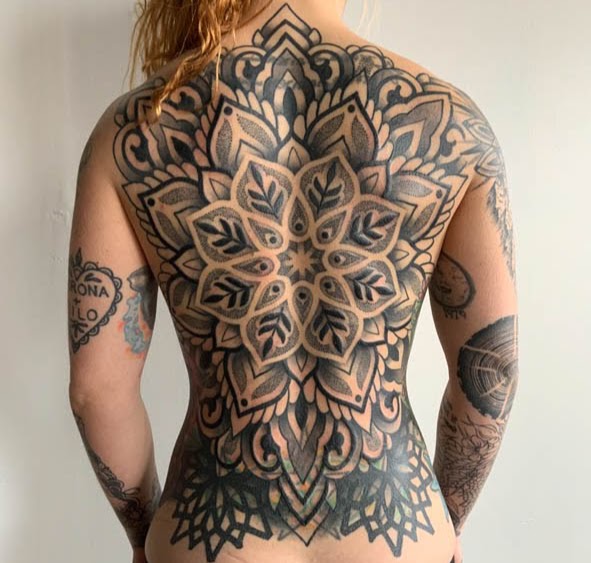 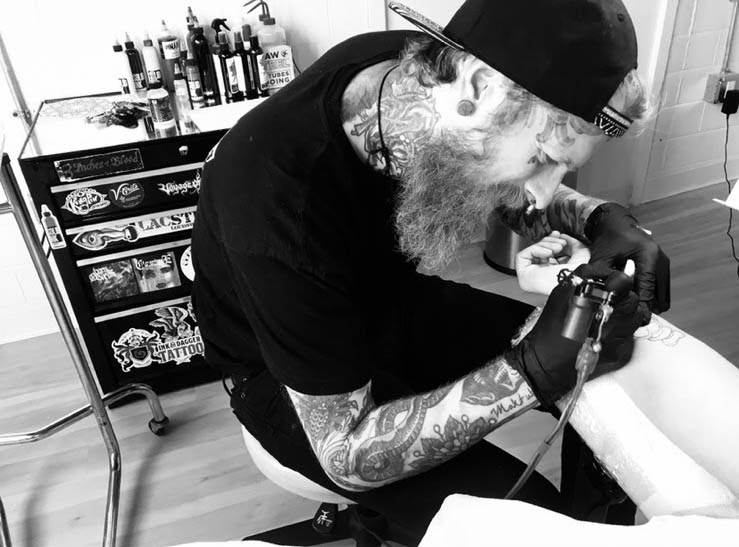 Once it was completed, he posted a picture of his work on social media, where it took off. Over the next few years, Karl gained a reputation for his mandalas. Eventually, it became the bulk of his requests. As Karl studied, traveled, and worked with other tattoo artists, he saw how much more he could do with geometric patterns inspired by Eastern art.

It was another chance request which would open another creative outlet for Karl. He was invited by the people in charge of the party cove at the Forecastle Festival. Being familiar with Karl’s work, they asked him to do one of his geometric designs on a boat; they would provide him with supplies. When he arrived, he received paint markers, which turned out to be the perfect tool to allow him to create his designs quickly on a large scale. He quickly fell in love with medium and now seeks every opportunity to engage with it. He’s made videos of him creating and has done live events as fundraisers for some local non-profits. 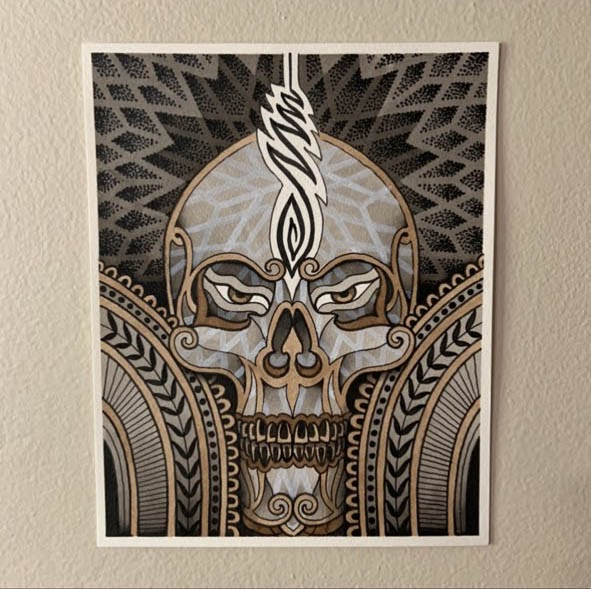 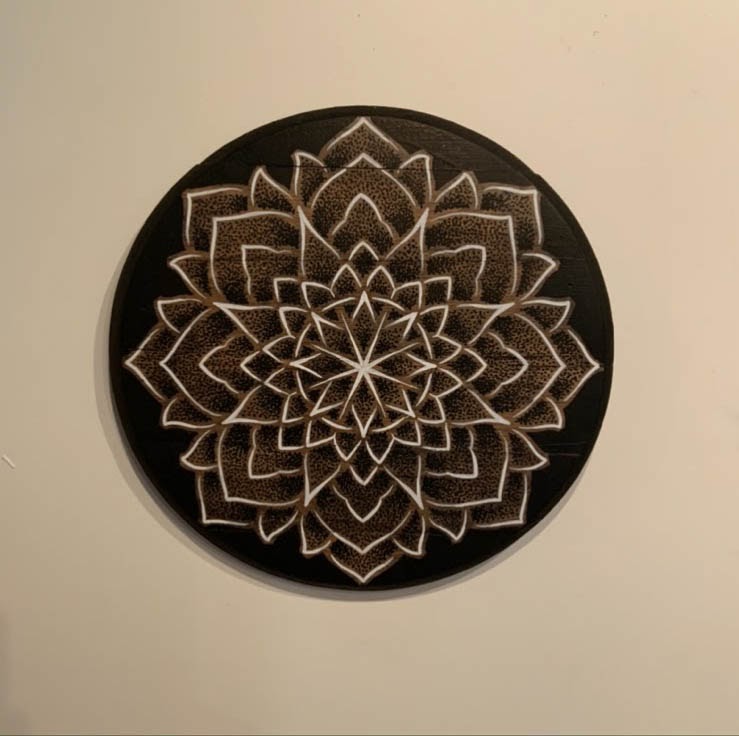 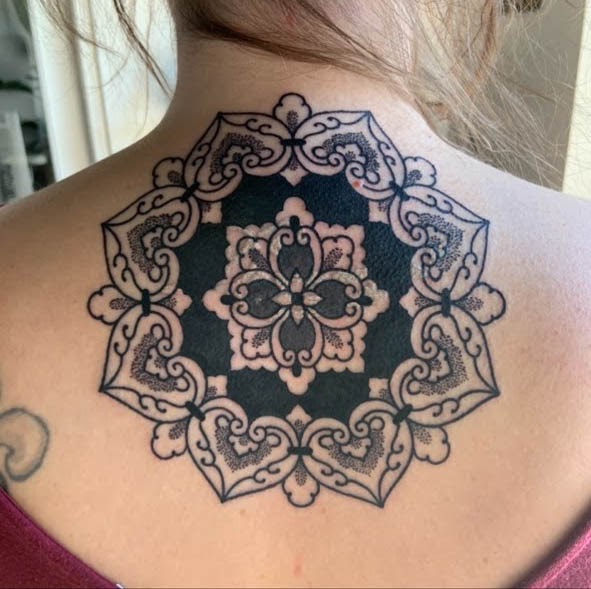 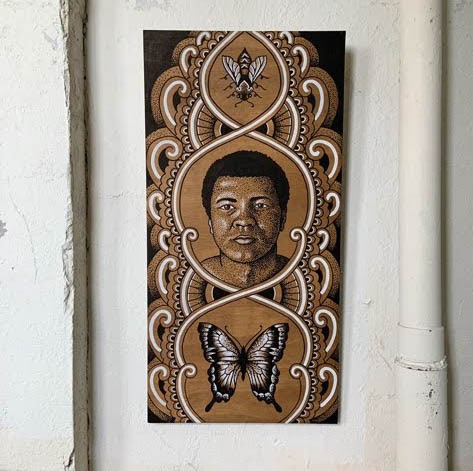 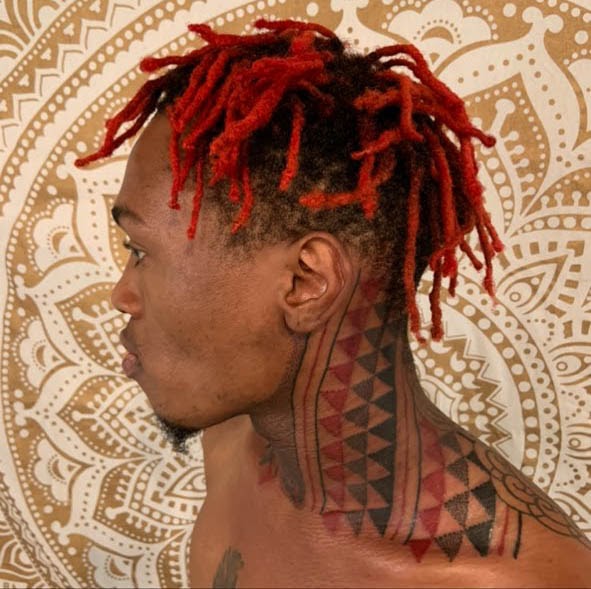 You can find more of Karl’s work on his Instagram @unflappable_karl and @unflappablekarl_designs.