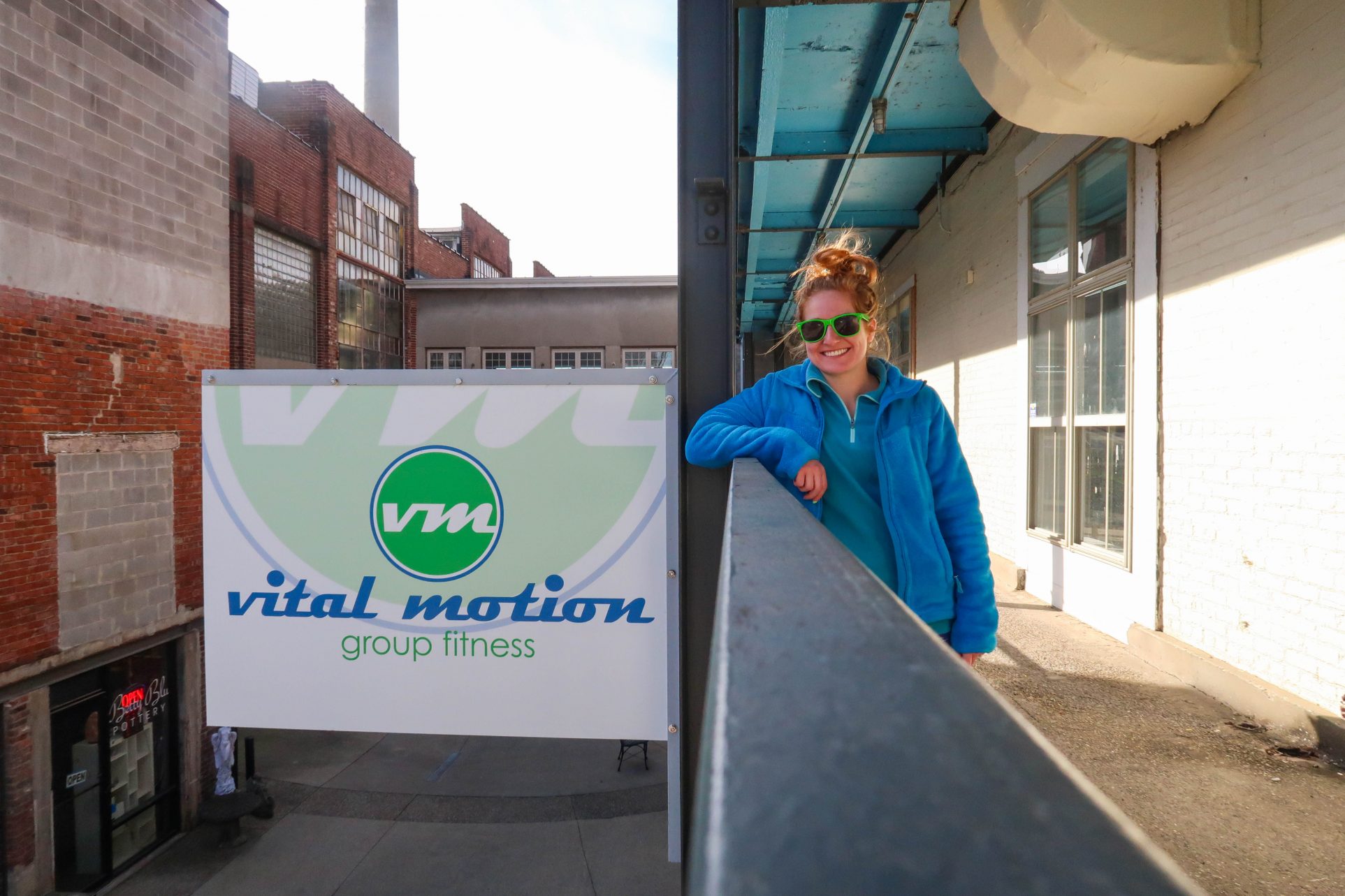 It was her sophomore year when Dana found herself at a crossroads. She needed to make a decision: stay the course or make a radical career change. When Dana first enrolled at UofL, she did so as a math major. At the time, it made sense, it was one of her interests after all. Then her grandmother, whom she was close to, passed away. Dana’s grandmother struggled with her weight, as well as the health problems which arise from being overweight. When Dana heard from the doctor that things could’ve been different had her grandmother been more active, Dana heard her life’s calling. She wanted to help others, who like her grandmother, struggle with weight and wanted to be more active.

She changed her major from math to exercise science. While working on her bachelor’s degree, she interned at the gym she would one day own. At the time, it was owned and operated by one of her professors from UofL under the name Pure Fitness. She was hired on as a trainer following her internship and graduation in 2012.

Dana stayed on with the gym as ownership and company names changed. Before owning the gym, she was a partial owner and partnered with the previous owner, who had operated the gym as a franchise of Training for Warriors (TFW). After six months, he wanted out. To keep it open, Dana knew she needed to buy his stake in the business. If she didn’t, it would likely close; the community which had built up around the gym would lose its home. She couldn’t let that happen. She bought out her partner and has been the sole owner and operator of the gym for the past three and a half years. Seeking to be an independent entity, she ceased to be a franchisee of TFW and rebranded as Vital Motion.

The name Vital Motion ties back to Dana’s personal mission to improve lives by helping people move, be healthy, and ultimately have more time with their loved ones. While Dana touches on dietary basics and ensures they’re implemented, her main focus is exercise through a combination of strength training and cardio. There are three six-week cycles for the strength training, with supplementary exercises to compliment them. The strength training is tailored to each individual’s goals; for some it’s increasing muscle mass, for others it range of motion. A typical week at Vital Motion consists of strength training on Monday and Friday; cardio on Tuesday, Thursday, and Saturday; and a mix of the two on Wednesday. Dana knows that starting at a gym can be intimidating and sometimes people need to try it first. As such, Vital Motion offers a two-week free trail. New members can join the program at any point and Vital Motion will help ease them in.

For more information about Vital Motion or to become a member, visit their site at vitalmotionfitness.com. You can also find Vital Motion on Facebook at @vitalmotionlou and on Instagram at @vital_motion.