RECYCLOCRAFTZ: WHERE NEW POSSIBILITIES BRING HOPE FOR A BETTER TOMORROW IN ZAMBIA

Most people will face unexpected turns in life. It is a common, perhaps universal, human experience, but rarely does it take us halfway around the world on a mission to improve the lives of others. For Tracy Murray, that is precisely what happened.

In 2007, Tracy and kids found themselves heading to Zambia as missionaries. Zambia was not even on Tracy’s radar until she spoke with her pastor. As an occupational therapist, she went to work one-on-one with people with special needs. In Zambia, the functional literacy rate for seventh graders is less than 14%, with abstract math at 0%. Given the student-teacher ratio of 164:1 in Zambia, many children fall through the cracks. That is assuming they go to school at all, as many girls are discouraged from going in the first place.

Education is not the only source of woe in Zambia. Unemployment is at 47% with an average income of two dollars a day. In Zambia, Tracy worked with a pastor and his wife, who is a full-time nurse and midwife. Together, the couple made less than $500 month, putting them at the lower end of Zambia’s middle class. Even so, they struggled to make ends meet with their three adult children. It was clear that the focus of Tracy’s work needed to change. In 2008, after speaking with the pastor, Tracy began what would become RecycloCraftz.

Initially called New Creations Ministries Zambia, RecycloCraftz, was started on a wing and a prayer. While literacy development is still a core aspect of this non-profit organization, it expanded its scope to include vocational training and employment. All workers receive a fair-trade value for their products on a weekly basis. Since it began, RecycloCraftz has sold over $400,000 of fair-trade goods.

One of the trainings provided by RecycloCraftz is a sewing course. Those in the course learn the sewing necessary to produce an array of goods. Once a participant completes 90% of the lessons, they are eligible to receive a microloan to cover half of the cost of a new treadle sewing machine with an auxiliary motor. To date, six participants have acquired new sewing machines and have learned to operate the two on-site industrial sewing machines. RecycloCraftz’s microloan program has also provided assistance beyond their sewing course; it has enabled participants to electrify their homes, add on to their houses, further their education, and start their own businesses. Additionally, the microloan program has a financial planning element to aid and educate participants on saving for the future. 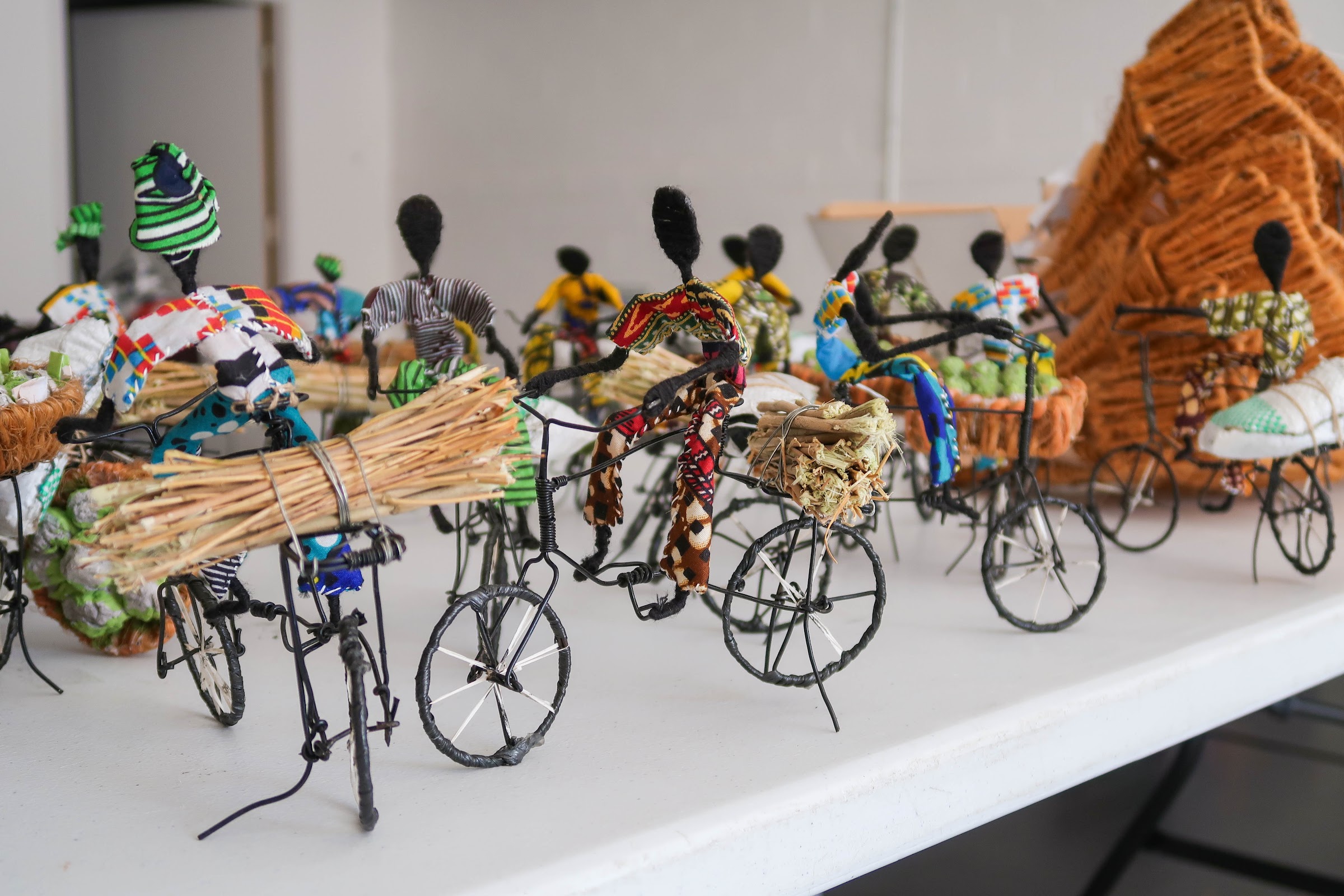 RecycloCraftz has seen successes outside of their microloan program as well. Thanks to their efforts in education, all children involved are attending school regularly. Many adults, especially women, are learning to read, something they were either denied or lacked access to as children. To expand their educational efforts, RecycloCraftz plans to build a school to serve a neighboring community.

Keeping the Lights On

Operating in Zambia has come with its own unique challenges. Perhaps the biggest are the power outages. Currently, most of Zambia’s electricity is generated by a single hydroelectric dam. Unfortunately, persistent drought conditions have caused the reservoir to diminish. There is rarely enough live water to turn the turbines and generate electricity. In an effort to conserve electricity, the Zambian government instituted rolling blackouts. To combat this, RecycloCraftz installed a battery backup system to power their compound when the electricty goes out. To date, this has been sufficient in meeting their needs, but they plan to add a solar array in the future.

Beyond helping the men, women, and youth of Zambia, another core aspect of RecycloCraftz is upcycling; this is the process of taking discarded objects or materials and repurposing them. The first product made by the artisans of RecycloCraftz were bags made from old plastic grocery bags. Overtime, they shifted from plastic to fabric. Today, a visitor to their shop will find a wider array of upcycled goods. In addition to the bags, you can find reversible patchwork aprons, reversible sling bags with handmade buttons, paper bowls, nativity scenes, bottle cap trivets, wooden bead bracelets, wire figures, and backpacks. All proceeds go back into the program to pay the artisans fair-trade value and procure more crafting materials. 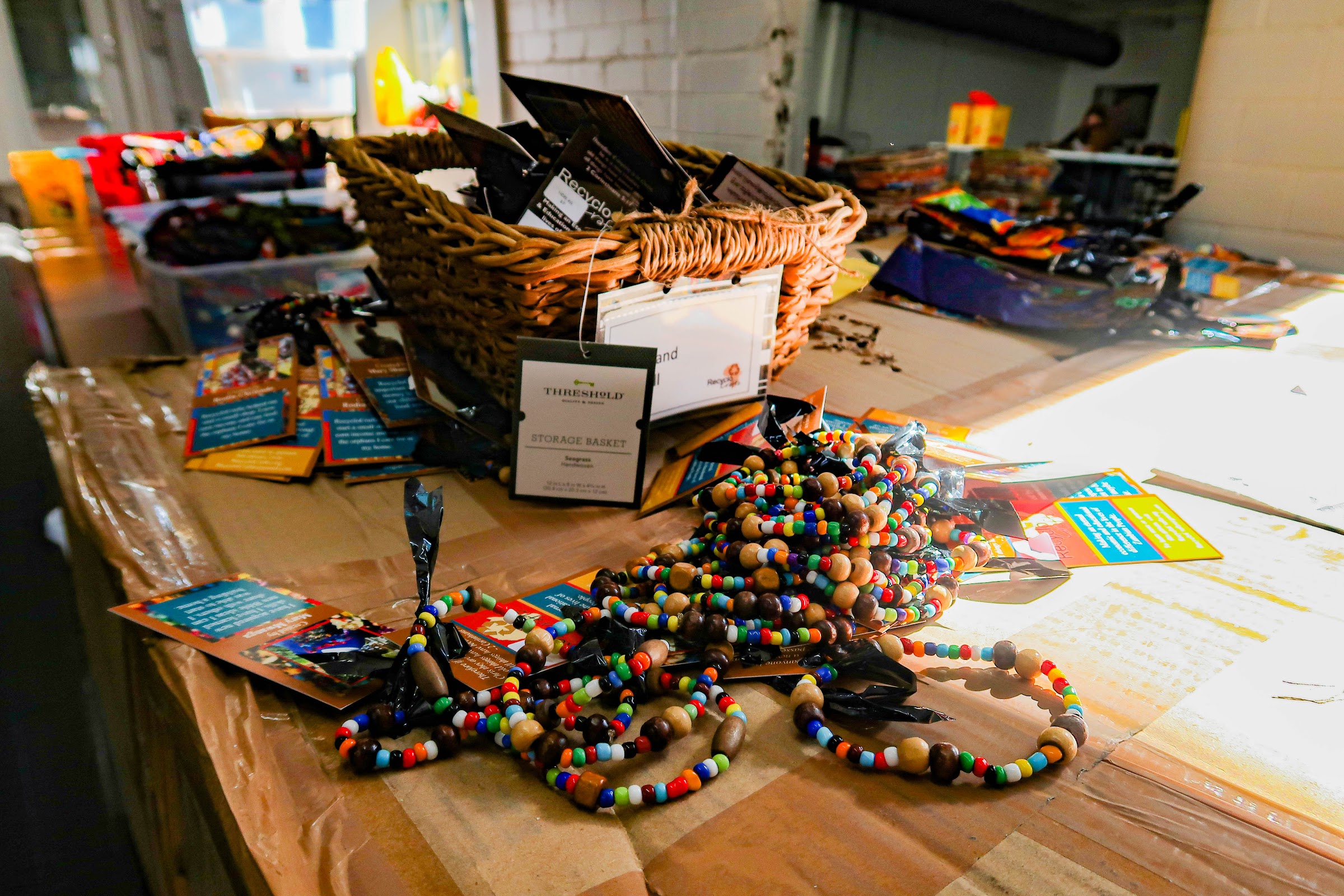 As RecycloCraftz expands, so too does their need for volunteers. Assigned duties would depend on the volunteer’s skillset. For more information, you can email Tracy at tracy@recyclocraftz.org.

If you are interested in purchasing some of their fine handmade goods, there are numerous options. Besides their shop here at Mellwood, RecycloCraftz will be making appearances at various farmer’s markets and fair-trade and holiday events. They will be at the Norton Commons holiday sales and Jeffersontown Beckley Creek events throughout November and December. You can also find them online at recyclocraftz.org, where you can purchase goods from their shop or make donations. All donations can be earmarked for specific programs or to sponsor families.